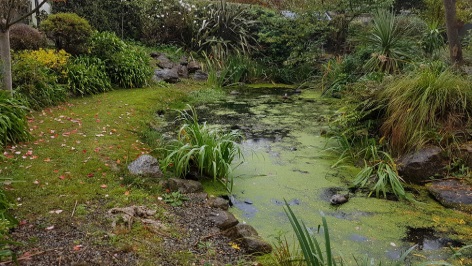 Since you are reading this I’m assuming you are checking what clients are saying. Were we happy with the work done ?. Yep, more than happy. Jos did more than do a great job... he listened, he added value and when the job was done he came back and checked that all was well. The other question you will want an answer to is ’ would we use his company again?... And the answer is an unreserved yep! He’s the real deal... Hire him. Gary and Pam H. We have used Jos Roosendaal for various landscaping projects over the years and he has always delivered.  The brick fish pond is one example of his knowledge and expertise. We highly recommend him if you are looking for a landscaping project to be done!
Yours sincerely
Sarah and Fred Van Kleef 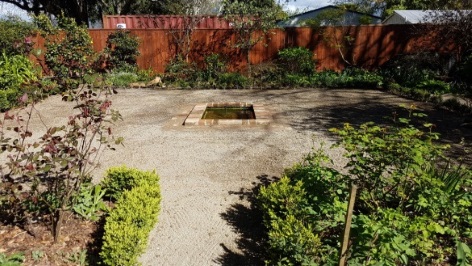 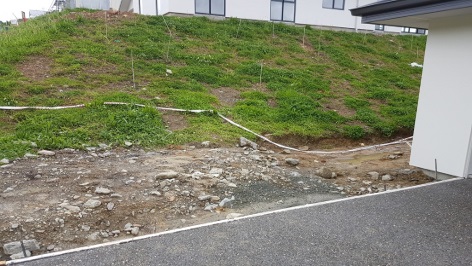 We employed Jos to put in a retaining wall down the side of our new house and landscape the lawns in November 2017. His associate and him did a great job on the wall which involved use of a pneumatic drill for some of the post holes that went into very rocky ground. The wall is perfectly straight and holding up well after a year. Likewise the lawns are still looking great and the additional drainage that Jos recommended putting in has kept the front one from flooding. We were happy enough with Jos's work to have him back to put in the trellis around the house last month. We have found Jos to be extremely knowledgeable, conscientious and concerned to do a high quality job and recommend him unreservedly.
Peter & Barbara 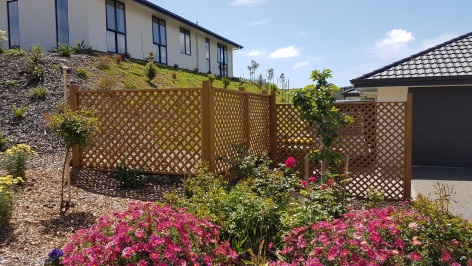 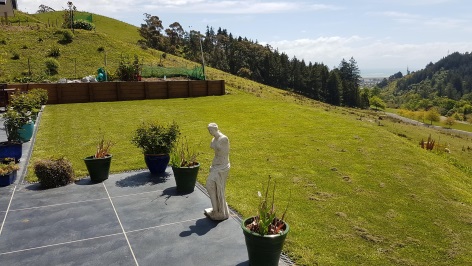 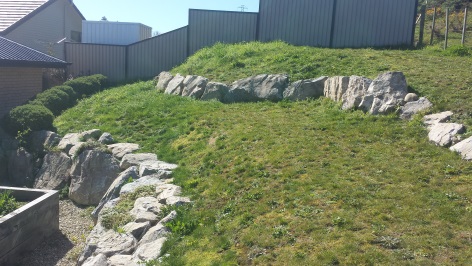 Thank you, Jos, for your visionary approach to landscaping and creating a beautiful sloping garden. Jos’s knowledge of native plants and his ability to turn an undeveloped area into an easy care garden was obvious from the start. He has a relaxed approach, listens to his clients and takes real pride in his work. Two years later the garden has exceeded our expectations. We have also appreciated Jos’s help with pruning and garden maintenance advice from time to time.
Mary Somervell and Steve Vaughan 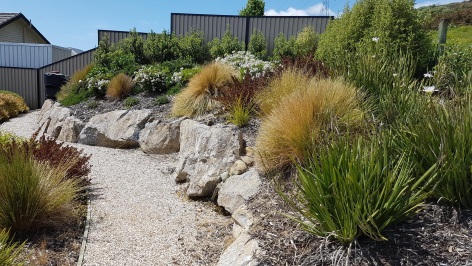 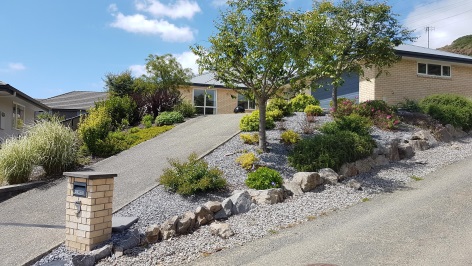 Jos and his team completed the landscaping at our home mid 2015.  It was a difficult site to work on, with steep slopes in places and massive boulders to position. Despite this, it went without a hitch.  We were impressed with his speed and efficiency and it was a delight to come home at the end of each day to see the considerable progress made. Once started, Jos didn't stop until the job was finished, which is highly unusual for a lot of Nelson contractors. We still have pedestrians stopping, almost daily, to comment on how nice the landscaping looks. 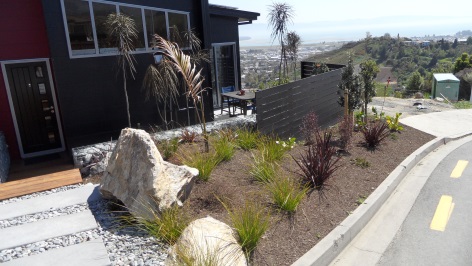 My husband and I bought a large piece of land in Motueka  7 years ago and hired Jos Roozendaal to landscape and manage the property for us. The land was a gorse field when we bought it, now its a lush, garden filled with flowers, fruit and seed bearing shrubs and over 50 trees that support a wide variety of wild birds.
Our property is a parkland and a source of immense natural beauty. Jos is a very talented horticulturist and has become a trusted friend of our family.
He is totally responsible for the wonderful gardens we now enjoy.
Pauline Prescott
Motueka